Banning Pets in a Toronto Condo

Recent updates for Pet Bans have Condo Residents up in arms...
New Owners cannot have pets but Existing Owners are Grandfathered?
Just because you saw animals during the showings does not mean that pets are permitted.

BUT Rules to be applied in an even handed fashion. 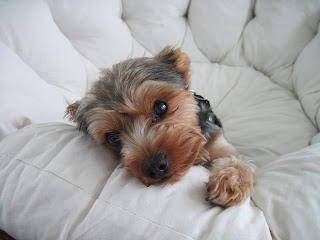 Metro News recently reported that a proposed rule change to ban pets in a downtown Toronto condominium has caused considerable uproar among residents. The proposed rule would allow current owners to keep their existing pets, but no new pets would be allowed. However, service animals under 25 pounds would be permitted.It is questionable if the proposed rule change is legally enforceable for several reasons. The Ontario courts have held that while a pet prohibition in a condominium declaration is valid, a complete prohibition in the rules is not valid. Secondly the size restriction on service animals could be challenged as a violation of the Human Rights Code.Rules can contain restrictions relating to pets (such as a maximum number of pets or a prohibition on nuisance animals, for example) as long as the restrictions are reasonable and created for the safety, security and welfare of the owners and the property or for the purpose of preventing unreasonable interference with the use and enjoyment of the common elements and the units.Not surprisingly, residents have been circulating a petition to protest the proposed pet ban. As set out in the Condominium Act, if the owners of at least 15% of the units make a requisition in writing to hold a meeting, then the proposed change in the rules must be approved at an owners meeting by 51% of those present at the meeting either in person or by proxy.Amending the condominium declaration to include a prohibition on pets would be more difficult, as this would require the written consent of the owners of 80% of the units.Tenants have no vote or right of approval with respect to any change in the rules or the declaration.  However, they are bound by these documents and any amendments to them. In a condominium where the majority of units are rented, this means that any decision to restrict pets will be made primarily by owners who do not live in the condominium.Click here to view our brochure, A Director’s Guide to Pets in Condominiums.

Please read the  By Laws when buying a Condo unit to understand what is and what is not permitted.

Posted by David Pylyp at 5:44 AM No comments: